In our previous article we looked at the history of hashtags and how they functioned on some social media platforms. In this article, we examine the potentials the hashtag has for online marketing. In doing this we will look at the various scenarios in which hashtags are being used on social media and how marketers can tap into these opportunities.

Brands that have been successful in marketing with hashtags usually have a clear idea of their intended outcomes. Some of these include engaging with a broader audience, tracking/monitoring conversations, demonstrating brand values (humour, innovation, service, thought leadership etc.), or to supporting a broader marketing campaign.

The points below highlight how hashtags are used to create/increase awareness, promote events and encourage engagement between a communicator and his/her audience. We also look at the use of hashtags in expressing various sentiments, thoughts, ideas etc.

The hashtag as an Awareness booster
When hashtags go viral on social media they create awareness about issues, causes, locations and any other thing they are appended to. If a particular hashtag keeps popping up in a person’s newsfeed on Facebook for instance, s/he may be curious to find out what that hashtag is all about.
The story of the 300 plus girls who were kidnapped in the remote village of Chibok in Nigeria was brought to the world’s attention through this tag – #bringbackthegirls. The First Lady of the United States of America – Michelle Obama (Figure 1) along with other prominent (see for example Figure 2) people joined the campaign helping to shed more light on the kidnapping and support the call for their release. 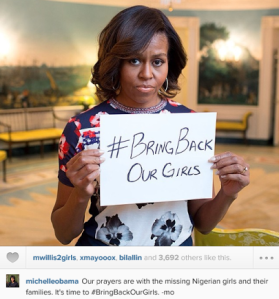 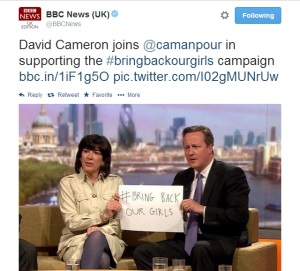 In both online and offline marketing, the marketer who seeks to create brand awareness could consider incorporating hashtags in his/her promotional efforts. To build brand exposure and increase brand awareness one may use hashtags as a tool for focusing attention on a particular subject or create hashtag(s) that show a bit of brand character. For example, Samsung is running a promotion for their Ecobubble washing machines under the hashtag #EcoBubble as seen in figure 3 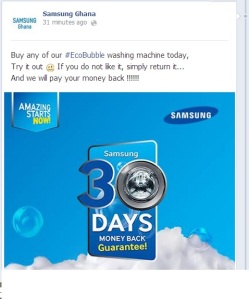 Figure 3 – #EcoBubble promotion by Samsung
The more viral your hashtag goes, the more people who are likely to become aware of your brand. Some companies and advocacy organizations have taken advantage of hashtag-based discussions to create awareness about and promote their products, ideas, services, campaigns etc. For starters, marketers can focus on integrating trending or popular hashtags in their messages. A brand can integrate itself into the hashtags which trend with the right strategies (this will be discussed in a later article) or just pay to trend – that is advertise their hashtags on platforms which support adverts like Facebook, Twitter and Pinterest.
In conclusion, well executed hashtags – whether intentionally promoted or gaining prominence on their own merit – have the power to create and increase awareness of a brand, product or service etc.

Figure 4 & 5 – Vodafone was in trending on 3rd June, 2014 for the wrong reasons. There was a total shutdown of their services on the said date and frustrated #Vodafone subscribers took to social media to vent their disappointments. 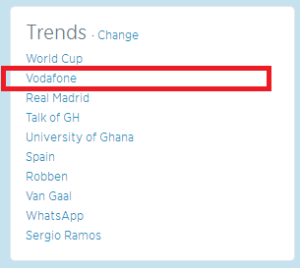 Figure 4 – Vodafone was the second topic in the trending list of my Twitter feed on the said day.

Figure 5 – #Vodafone and #VodafonDumsor were some of the tags used for discussions around the Vodafone blackout
The Hashtag in Event Organization and Promotion
In the area of event organization and promotion, marketers can use hashtags to circulate information about an upcoming event. In recent times there has been the incorporation of hashtags in organizing real-world events like the Vodafone Ghana Music Awards (#VGMAs), the Grammy awards (#Grammys), the Academy awards (#Oscars) etc. Highlighted below are some of the ways in which hashtags have been employed for event organization and promotion.
• Event planners use hashtags to pre-promote an event. The more people become engaged, the more likely they are to attend, or influence others to attend, watch live, or view after the event is over.
• Hashtags have been used among participants of events for discussion and promotion of the event – in real time
• Hashtags have been used by event participants to locate each other on social media networks, in many cases, in real time during events.
• Another purpose hashtags serve is to give live updates during events and presentations.
• Hashtags also keep people connected after the event and can be used to sustain the conversation way after the event is over.

During the Vodafone Ghana Music Awards, #VGMA (as shown in Figure 6) was used by event participants to identify and interact with each other and comment on the event in general. 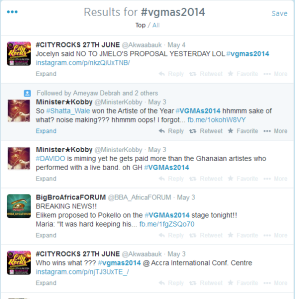 Figure 6 – a small piece of the #VGMA feed on Twitter.

The hashtag as a Conversation starter
Hashtags makes it possible to find and interact with other users who are discussing similar topics, regardless of whether those users follow one another. People use hashtags on some occasions to express what they are thinking about or feeling; this makes starting a conversation with them around these emotions and thoughts much easier. To join in or start conversations on a subject, relevant hashtags which align with the topic are used. A marketer can influence an audience by starting a conversation around issues both the audience and the marketer care about. Promoting hashtags can be a key to starting conversations relevant to the issues a marketer would want to address. In most recent years, some popular television series promote their programme through “branded” hashtags for example #AskScandal. Such hashtags promote online side-discussions before, during and after an episode broadcast. These hashtags which normally appear on either corner of the TV screen are ways in which marketers of these brands start conversations which engage their audience.
Many organizations and communities are using hashtags to have live conversations, Q&A periods or even consistent 24 chat on a subject. Usually such an organization or group will have their own hashtag.

In recent times, some radio and TV stations in Accra have personalized hashtags for some of their flagship programmes like #JoySMS, #CitiNews and #News360 on JoyFM, CitiFM and TV3 respectively. Listeners can join in on any of the conversations on these shows by just incorporating the advertised tag in their comments as shown in Figure 7. 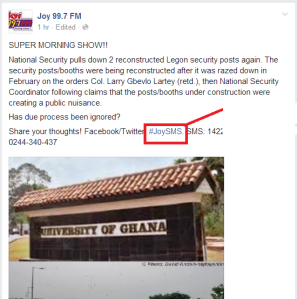 Figure 7 – An instance where #JoySMS has been used. 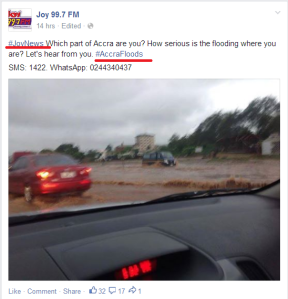 Figure 8 – Many media houses and individuals used #AccraFloods to join in conversation around the results of last Thursday’s (5th June) downpour in Accra.

Using hashtags for Expression
Hashtags are sometimes created as an expression of how individuals are thinking or feeling and their perceptions about certain issues. The #BringBackOurGirls campaign is a case in point. This was the desperate expression of Nigerian parents and activists who started the movement. They did not have power or resources but their passionate pleas and expressions drew the kind of attention that led the country and world to act. #BringBackOurGirls had gathered 2 million mentions two weeks after its first use. The hashtag has been a major catalyst in expression of passion around certain issues globally. Some of the biggest political upheavals (including the democratic uprisings across the Middle East and #LibyaFeb17) and protests (such as #OccupyWallStreet – Figure 9) have been organized around hashtags. 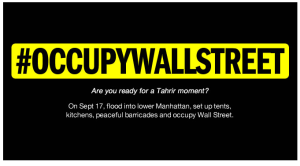 In the business world, hashtags are one of the ways in which product users can express themselves by influencing the application and use of a product with the strength of a collective voice. The marketer can capitalize on the expressive nature of the hashtag to convey his/her brand with creativity or share a sentiment or an opinion. 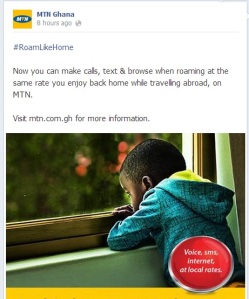 Figure 10 – MTN Ghana uses #RoamLikeHome to express the benefit of a new service offer – the hashtag says it all.

#IcantGoToBrazilBecause was one hashtag trending in my newsfeed a while ago. How would a travel agent running a go-to-Brazil promotion capitalize on this considering the discussion we have had on the prospects of hashtags so far?

The second part of this article  will deal with the use of hashtags to group content, prospect for customers, monitor a brands environment and build community.

I am very passionate about cost effective ways of promoting business. I think the internet and social media has provided an equal platform for every form of business to do that. Find me on google.com/+esthernyaadie View more posts